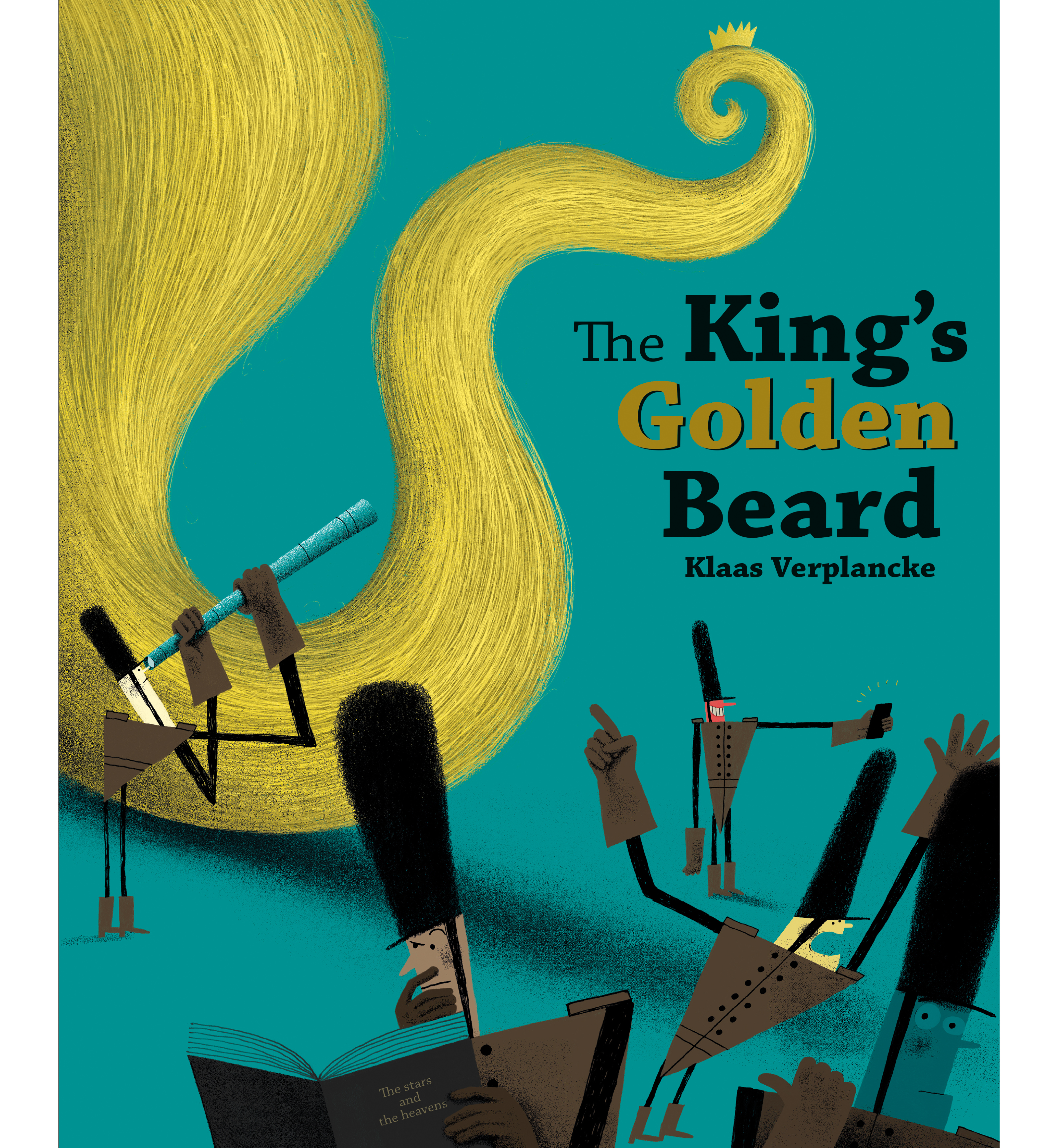 • A conversation starter for discussions of fairness, justice, and good leadership.

• A subtle but powerful message of respect for science and scientists.

Who’s to blame when a vain, heedless king meets his comeuppance? He is, of course!

Fans of Tomi Ungerer’s mischievous humor and Jon Agee’s sly morality tales will be delighted by this picture book about a long, long beard and its short-sighted royal owner.

The lush, golden royal beard is a wondrous thing - especially to the king himself. He spends his days admiring and grooming it, and passes laws making it a crime for anyone else’s face to sport even a single hair. As the people of the kingdom nervously shave daily, the royal beard grows and grows until it appears at the palace’s back gate. What happens next will have readers laughing along – and cheering for the astronomers who, unlike the tyrannical king, know that the earth is round.